What an amazing day!!!! It was so exciting to visit with friends/family and be able to blend us all together as one.
I would like to thank everyone that brought wonderful food, gorgeous and memorable photos and of course your conversation and gratitude.
I would like to extend a special thank you to and Pina and Pietro Bertucci and Maria Compagno Bertucci for organizing the first event of more to follow!!! Once again this was an event that my family and myself will never forget. I am so happy to have met all of you and looking forward to the next event.
Fred Lauricella thank you so much for the help and the wonderful receipe.
Pietro and Pina and Maria your visited was wonderful. I will always remember the moments we had and share. I hope you will still be in touch .
Rosa Stephens (Tranchina)

Dear Usticesi friends,
You may not yet have heard the echo of a famous Italian song whose verses sang, “I dream of California, and one day I will come.”
Perhaps Pietro has sung that song and now his dream has come true: an Ambassador of the Ustica identity to the States.
Pietro has done a little like the comets in the firmament do … he has brought positive energy … a message between seemingly distant worlds, and has demonstrated what the Universe truly means … the union between men, and in our case, the union between us brothers Usticesi.
Like all messages carried by comets, the one coming to you today will hopefully return soon to Ustica, because it carries the same energy that moves not only comets, but the whole universe, and that is …. LOVE!

First I want to greet and thank Rosa who enthusiastically opened her home to celebrate the presence of Peter, Pina, Maria and all Ustica.
It’s nice to see that the passion and perseverance of Fred and Chris in working with the Western Group has developed into a large family of Western Usticesi.
It makes me think that the path of Peter and Pina is the same one made by our fathers from Ustica to New Orleans and with some going onward to California, another “promised land” and a reference point in the arduous journey to a new life. A land in which relatives and friends were waiting for them to support their great new adventure.
In the nineteenth and twentiety century thousands of Usticese made this long journey. In the half century after 1860, Ustica saw half of its population make that journey. And they carried with them the feelings, memories, the strong link with the homeland and the hope of return. Even relatives and friends who remained on the island had hoped they would return. Most, however, remained in the land of America until they died, but they never stopped talking to their children and grandchildren of the homeland.
These memories and these feelings are now alive in you and in us, and are greatly enhanced by these meetings. It is a sign of your presence in this house to meet Peter and Pina, who bring current news of Ustica, and Maria Compagno who speaks with joy of her childhood memories of Ustica.
Our thanks to Fred for his hard work as he carries out the tasks of coordinator of the Centro Studi of the West. In just a few years, he has succeeded in reaching out to hundreds of Usticesi living in California and neighboring states, and so enlarging the Western Usticesi family.
Feeling close to you at this time, I, along with our the President of the Centro Studi, Franco Foresta Martin, greet you dearly and I embrace you all, individually, with brotherly affection, and with the hope, God willing, of meeting you again in the States or in Ustica.

It was a memorable reunion of the Northern California contingent of the Western Usticesi on February 19th when Rosa Ferrigno Stevens and Karen Nicoletti Hartly enthusiastically hosted a reunion in honor of the visit of Pietro and Pina Bertucci from Italy and Maria Bertucci Compagno from New Orleans. About 40 guests participated in the “pot-luck” and we had more food than we could ever consume! Rosa and her family outdid themselves in preparing a number of outstanding authentic Italian dishes including lasagna and a 10th Century Sicilian speciality, arancini (“little oranges” – delicious orange shaped breaded rice balls stuffed with meat and cheese). And the desserts were out of this world! Anise cookies, home made cannoli (umm good!) and Maria’s famous King cake, a New Orleans Mardi Gras specialty, from which Steve Principe got the “lucky” piece with the baby Jesus! He’ll be rewarded with lots of good luck, but is obligated to buy the cake for the next celebration!

The Lauricella family experienced a special treat in meeting two first cousins whom they had never met until now! Will and Anthony Bertucci along with Anthony’s wife Amy, after personal contacts by Fred and Angelo Bertucci, came to the reunion to meet the “rest of their family.” Their great, great grandmother was one of the Lauricella aunts! This new discovery demonstrated with emphasis the value of our organized “outreach” to fellow descendants of Ustica wherever we find them!

After overcoming some technical problems, Pietro’s extensive collection of contemporary photographs of Ustica, numbering in the hundreds, was displayed on Rosa’s huge television screen. His wonderful photos show with clarity the beauty and diversity of “our island” … Ustica. Particularly noteworthy are a number of photos taken from a helicopter over various parts of the island. Other dramatic photos clearly show the rugged mountains behind Palermo, as seen from Ustica, the view that our ancestors had as they left their homeland for the very last time embarking on the long and dangerous voyage to America.

Our gratitude to Pietro for undertaking to be such a wonderful “ambassador” bringing us news and views of Ustica. We’ll continue to follow his commentary and that of others on his blog at www.usticasape.it. And we’ll follow other Usticesi news on Chris Caravella’s great website, www.ustica.org.

Our thanks to all who attended, and we’re all looking forward to the next reunion … wherever in the world it may be! 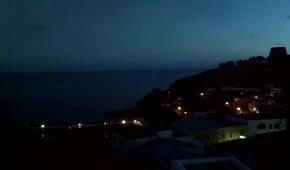 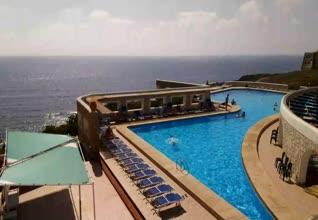 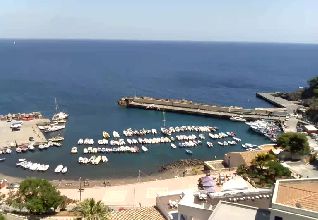 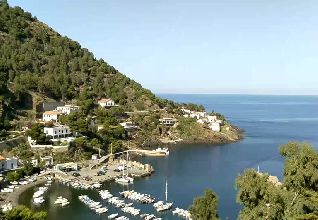 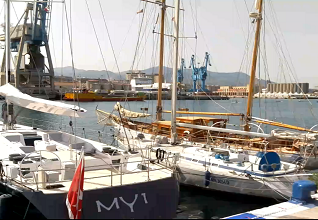 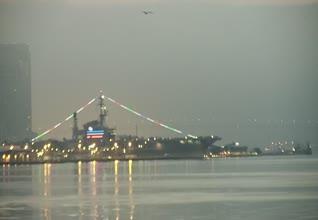 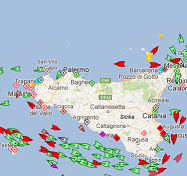 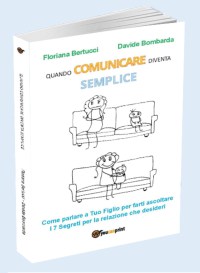